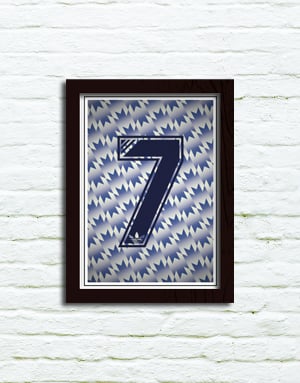 Design based on the iconic and much sought after Manchester United away kit from 1990-1992. The number 7 shirt of this period was synonymous with Bryan Robson, but it may be best remembered for being on the back of a young Lee Sharpe, when his hat-trick of goals helped United to a 6-2 win over an Arsenal side at Highbury in November 1990. An Arsenal side who only conceded 18 league goals all season. Apart from this famous night, and a League Cup win in 1992, United had a really poor record in this shirt. Winning four, drawing seven and losing eight, out of twenty games